Anyone thinking of entering the cannabis industry needs to learn that it’s not for the faint of heart.

Those are words from people taking part in the Cannabis-Wiki Conference and Expo at Western Fair District inn London, Ont.

“Just naturally the market will figure out who’s going to stay and who’s going to go,” said Kesenia Parent, a budtender at Sessions Cannabis, Sarnia.

Parent explained how the market she operates in has become saturated in a relatively short period of time.

“Down in Sarnia we kind of exploded. We went from two retail stores about a year-and-a-half ago, and now we’re up to 14. We’re quite a small community, so we’re kind of springing up like dandelions,” Parent said.

Producers are also finding it difficult to keep up with the fast pace of growth in the cannabis industry.

Ross Hendry is the marketing manager at Wagners, a Kitchener-Waterloo based cannabis cultivator and producer.

“There’s a lot of new great brands coming out constantly,” he said. “You have to have a pretty strong offering to compete.” 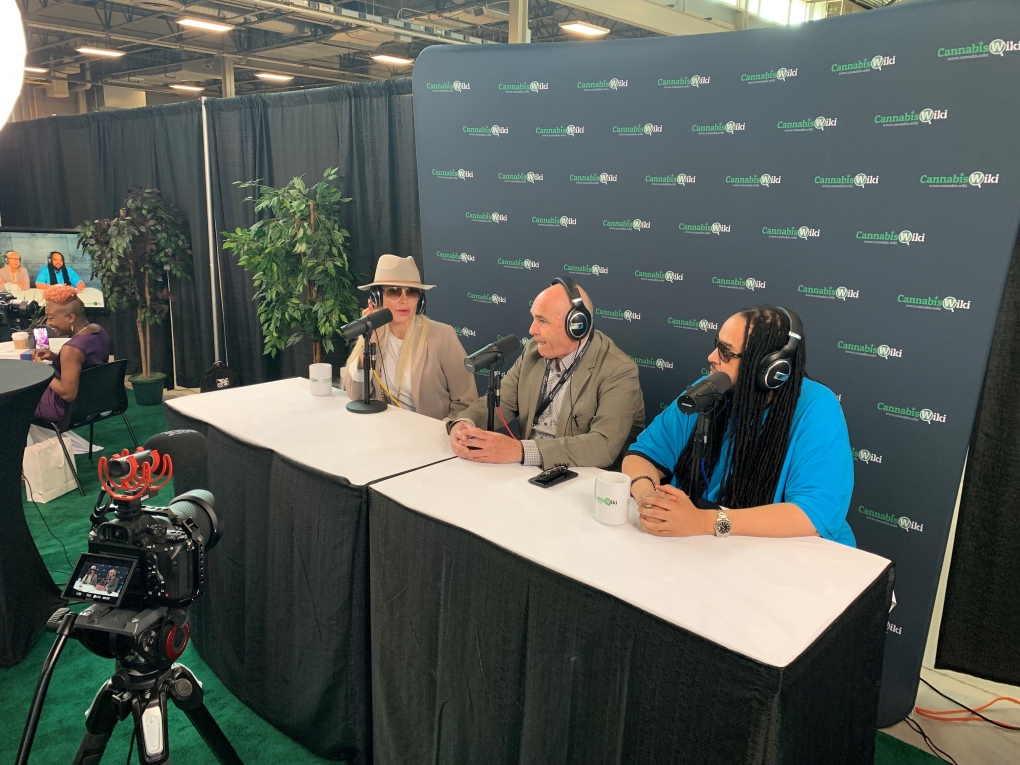 George Smitherman (centre), president and CEO of Cannabis Council of Canada discusses the industry during the Cannabis-Wiki Conference and Expo in London, Ont. on June 15, 2022. (Bryan Bicknell/CTV News London)

“The share of the pie is a little uneven, and the government’s taxes, fees, and markups is really elbowing out everybody else in the industry,” he said. “So profitability or economic sustainability is a real threat.”

Smitherman said there are more than 1,500 cannabis retailers in Ontario.

Another major challenge for those in the cannabis industry is competition from the illegal side. Nearly four years after marijuana legalization, Smitherman said illicit suppliers and producers still make up half of the overall industry. He said many consumers remain loyal to their traditional suppliers.

But as Smitherman pointed out, this creates a problem, namely that illicit supplies don’t just face legal risks, but they face health risks too.

“When products that are gathered up from the illicit market are tested, whether that’s dry flower or an edible product, almost without variation they’re found to be on-boarding things. Mould, contaminants, pesticides, which are all not possible in the legal environment,” he said.

According to Smitherman, the cannabis industry in Canada represents $150 billion of gross domestic product investment and employs 150,000 people.

The Cannabis-Wiki Conference and Expo runs Thursday and Friday at Western Fair Agriplex.

Aurora Cannabis to lay off 12% of workforce amid reorganization, company says

Comprehensive, up-to-date news coverage, aggregated from sources all over the world by Lil Durk.